The epitome of cake baking and all its decorating glory down to the silver edible dragees was brought to me by my grandmother. She was no doubt the best dinner prepper, cake making, entertainer I knew – well, besides my mom, aunts and cousins who all followed her inspiration. Her biggest and best moments were the love she showed in her time and meticulous attention to giving her children and grandchildren the best birthday cake ever. That’s love, right?

Her best-known BASIC cake was yellow cake with chocolate frosting, with a layer of BANANAS in the center. I vaguely remember someone asking her about it and her response was “What, you don’t put bananas in your cake?? (Gasp, what’s wrong with you!) Well, by golly you will now because I don’t want a yellow cake, frosted in chocolate without BANANAS that’s just sooooo wrong.

I have to clarify that her cakes were not “basic.” She made countless cakes and one was a full-on table length train to who knows where.

My grandma baked this snowman cake for her Christmas Eve birthday girl… look at the surprise on her face! 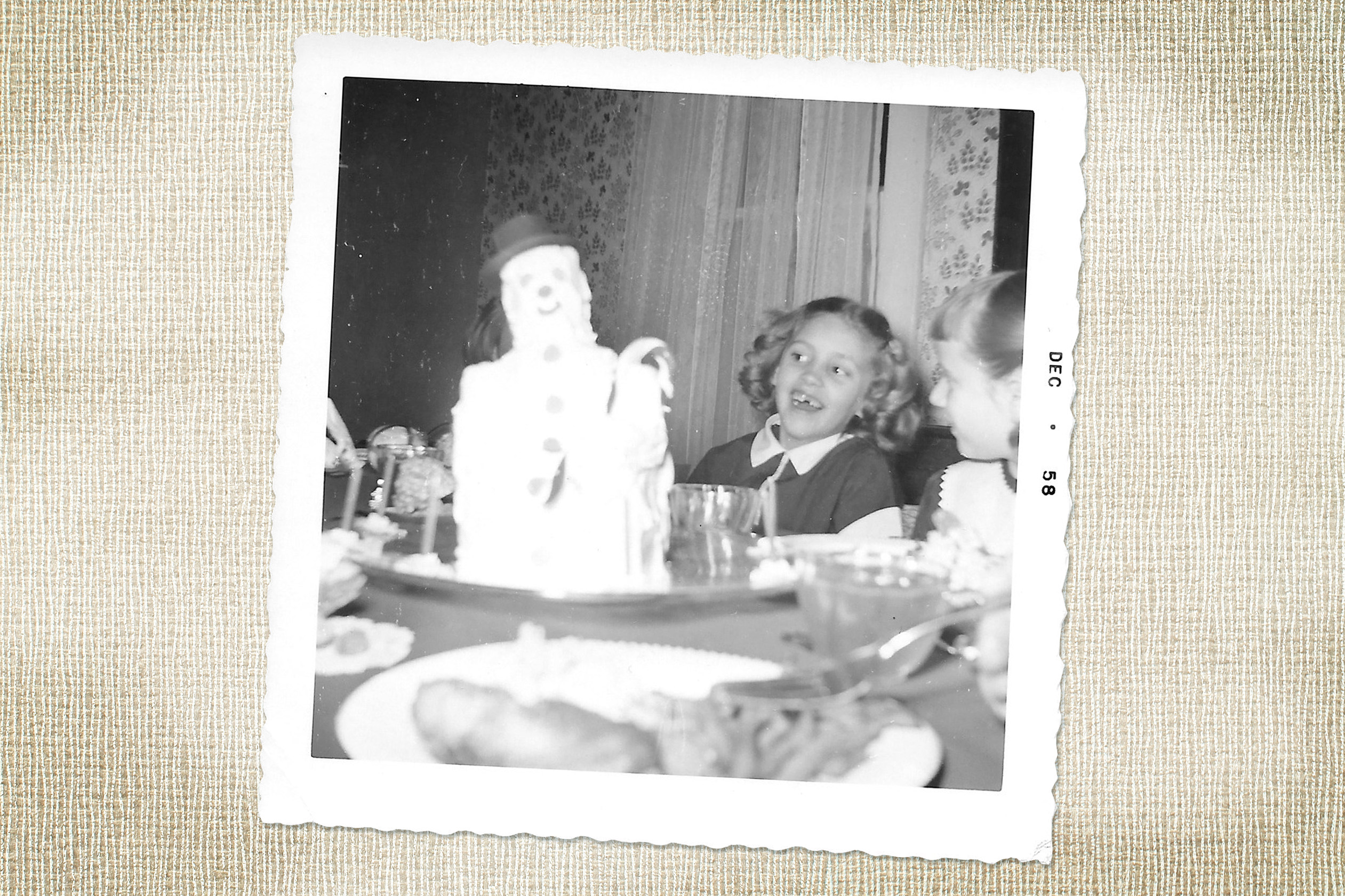 Ahh, now the cake of the seventies (my mom was taught well) … who doesn’t love a good Barbie cake?

My first memory of this cake revolves around those crazy silver dragees. I am like 5 years old wondering “can I eat that?” Because until now I am not supposed to eat anything that resembles metal you know– like a fork. So, slightly confused but googly-eyed by my perfect blue, star-pointed frosted Barbie cake covered in dazzling dragees, who could not devour each tinsel ball with glee and still get a Barbie doll out of the deal – win, win!

Not only was she a fabulous baker, but she really could put together a dinner menu without fail. Our family request for any holiday feast was pretty much down to the one simple ask – ham balls. Yes, lots of them because that’s all we wanted besides a salad and bread. These holy ham balls are so divine and easy to make ahead for a crowd that I now serve them for Christmas and make extra to freeze for Easter. I think we need ham balls every holiday. It’s what my Grandma would expect!

Check out HOLY HAM BALLS here and see my loves – Grandma and her mother back in the good old days!