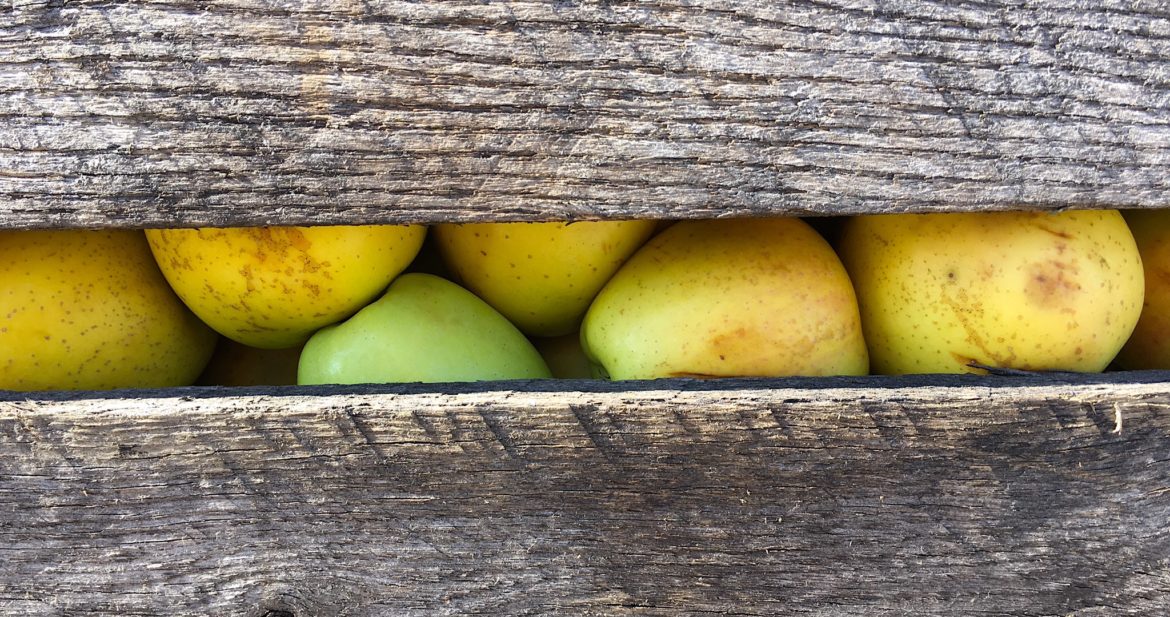 His Office Was One Step Outside

It’s interesting when you think back to the times you spent well with one person. I indeed spent a lot of time in my younger years with this man.

The memories that come to the top are how he taught me to fish, how to waltz in their tiny kitchen on top of his feet, how to pick the perfect peach right off the tree to eat, and that there is nothing better than being your boss. That man is my grandfather. The one, my dad, often refers to as Superman because he seems always to beat the odds. Independent, charismatic, a protector, and tough as nails are how I’ve ever known him as well as a teddy bear with a soft heart.

Being his boss is what he did for 67 years. With the help of his grandfather, my grandfather and grandmother took up their long-term profession as fruit growers. Together they worked hard, raised a family and became a big part of the Fennville community. 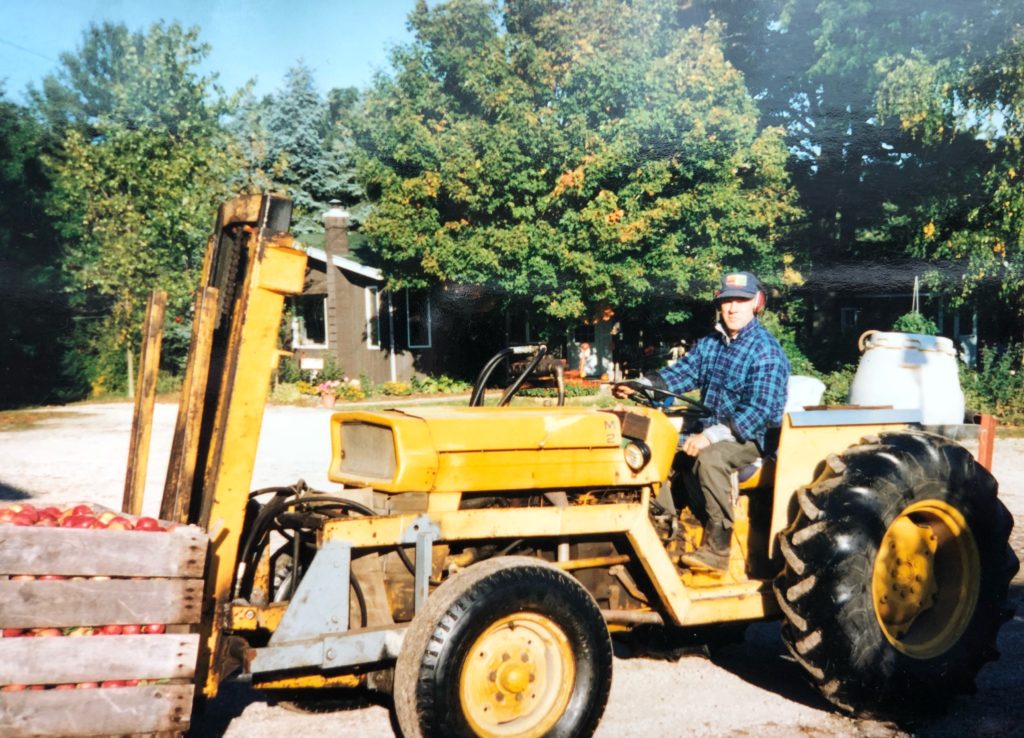 A few things I learned on the farm was when Grandpa went out that door; he was working. When we ring the bell, he’ll come in for lunch and then take a siesta. I thought back then when I realized my parent’s careers were so different that his job was golden. Of course, this was the thinking of a ten-year-old, I didn’t quite understand his day didn’t always clock out at five. Every evening seemed to be the same, dinner, then discussion of what the weather might impend on the season’s harvest, political discussions, and the latest gab as my grandmother called at the Blue Goose. Another defining place in my grandfathers daily routine for those 67 years. 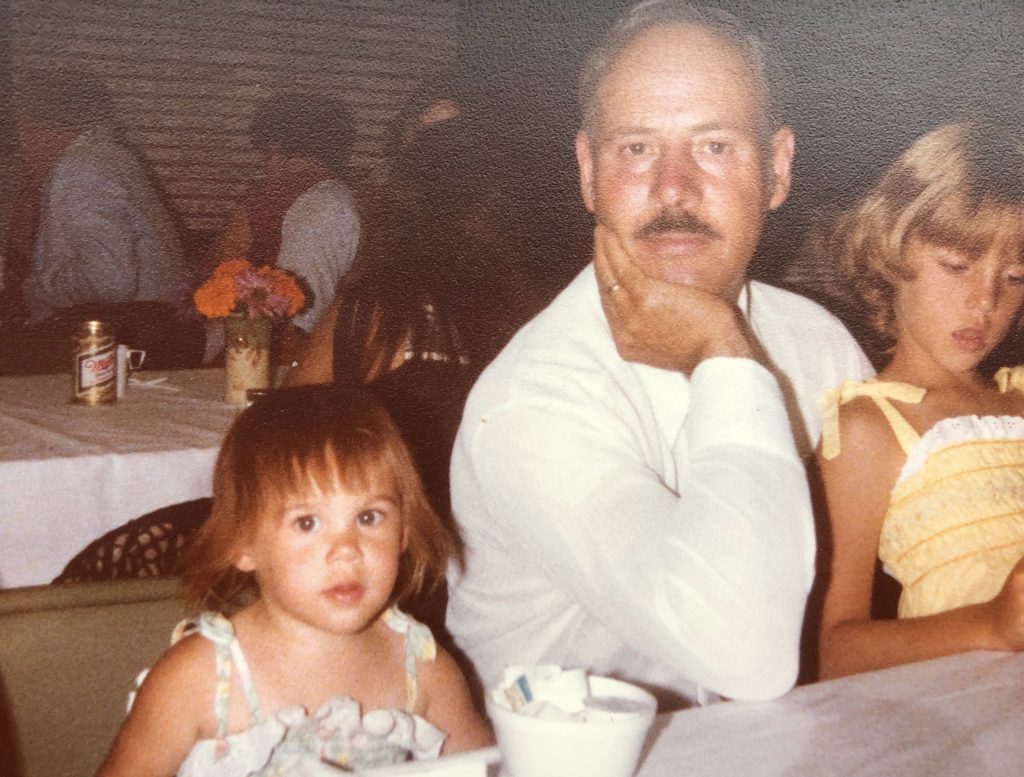 What people may not know is that he always seemed to have a soft spot for the underdog. I’m not sure really how to explain, but I’ve always sensed his compassion for those who appeared to be under hard times. As adults, we joked that grandma had to help him to keep the shirt on his back so to speak because he was the type to give it. And he was. There is a sign he made that hangs in the doorway when you first walk into his house it says “it’s never too late to do the right thing.” I know for a fact that was the standard he lived by. 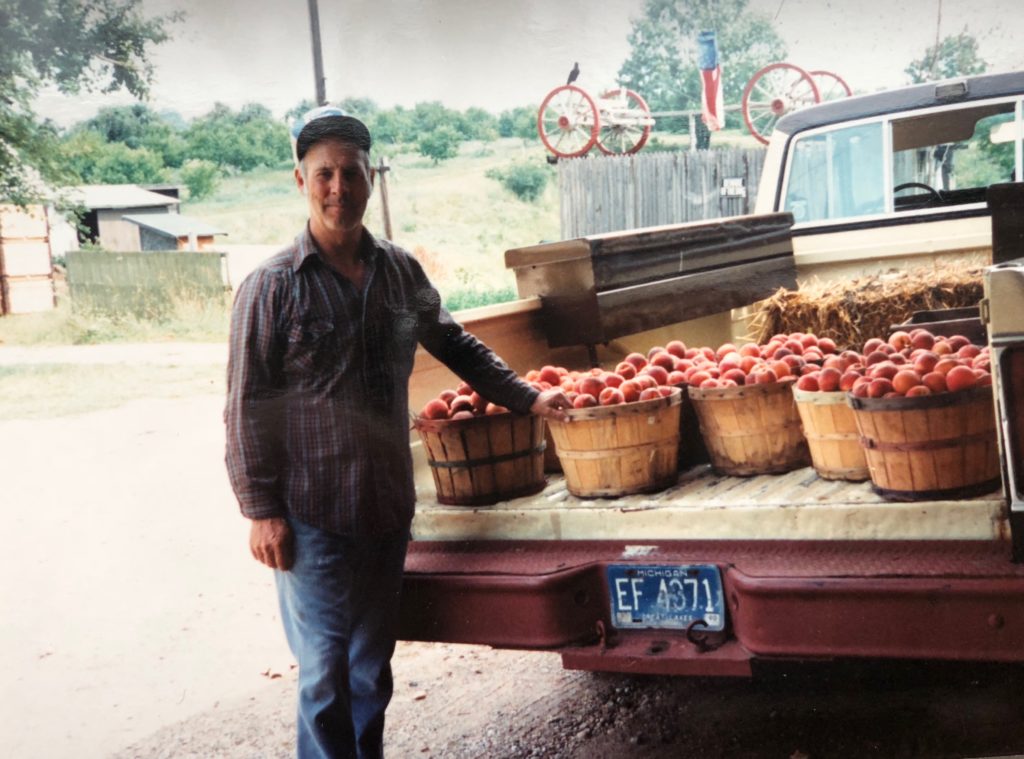 Besides being a fruit grower, he had many other jobs, titles, and responsibilities in the community throughout his residency in Fennville. The few that I recall hearing about during the offseason was driving the school bus, township county clerk, and helped with the township cemetery. Before Fennville, he grew up in a small town in Virginia, went into the Navy as a radioman at the end of World War II. Then went to college and met his wife in Eastern Michigan.

A few things he enjoyed was evenings popping popcorn (for us) and watching western movies. Listening to country legends like Kenny Rodgers and Dolly. Dancing, because a little-known fact is that he had ballroom dance lessons at the Arthur Murray Dance Studio. He also played the organ by ear. He enjoyed filming with his video camera documenting life on the farm and a few vacations along the way. Numerous deer/rabbit hunting adventures, and fishing trips with his family, too many to count. He enjoyed going into town for Chinese food and the movies in Holland. Forever a fan of Michigan football, and the Tigers. Home improvements and numerous trips to Menards. Taking walks to the pond with his beloved pets Abby and Moko.

Not much into cooking in his later years he had his favorite dining spots. Why not? He’d say, the What Not for dinner with the best local entertainment and some dancing. Catching up with the guys at the Blue Goose nearly every day, Salt of the Earth and several other local places he supported.

It’s going to be hard to say goodbye to such a legacy as he has given us. His words of wisdom and everlasting smile will never be forgotten. Our walks to the pond, his goodbye waves from the dining room window, these were the hellos and goodbyes with our visits. 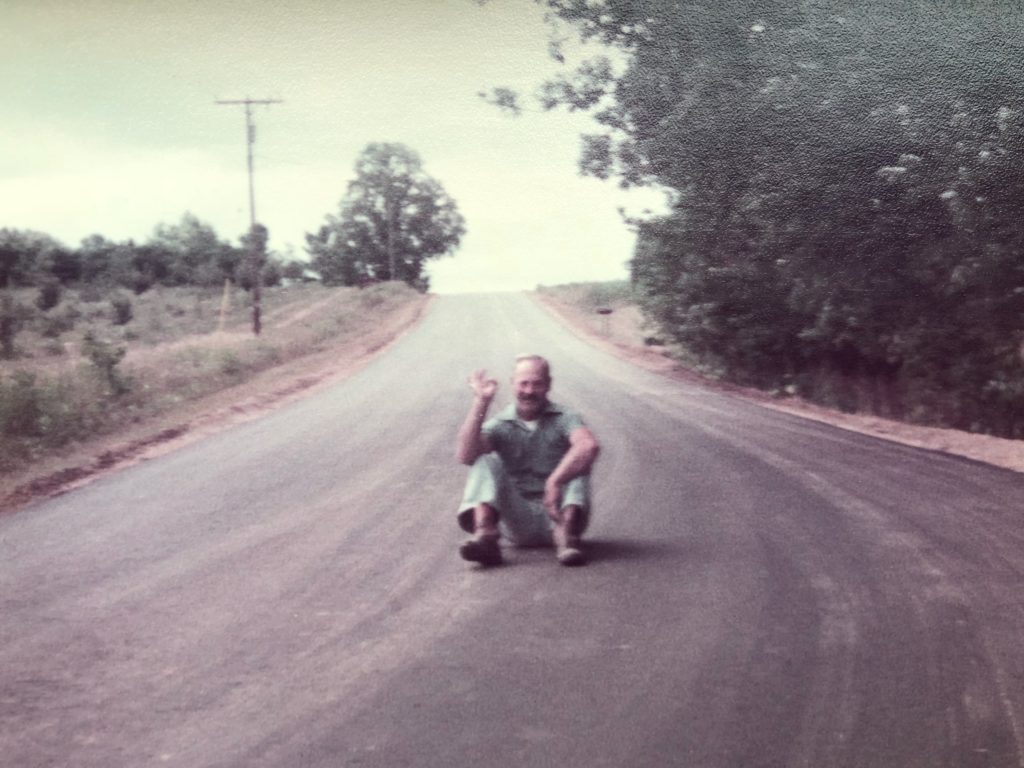 It’s been hard to see his life end, but I feel he took nothing for granted and lived to the standards he set. So very proud to be his grandchild. So blessed I was able to tell him. 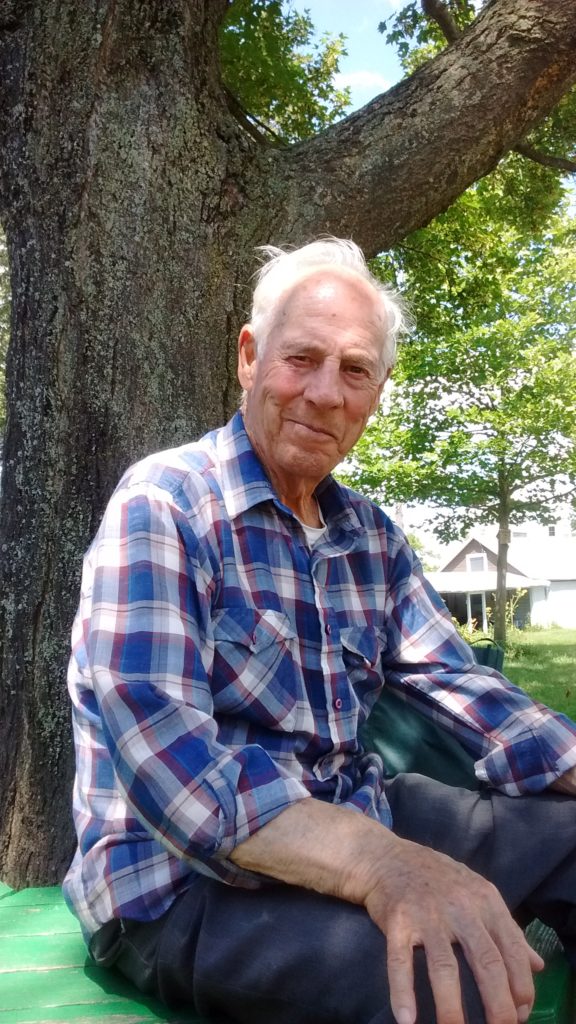